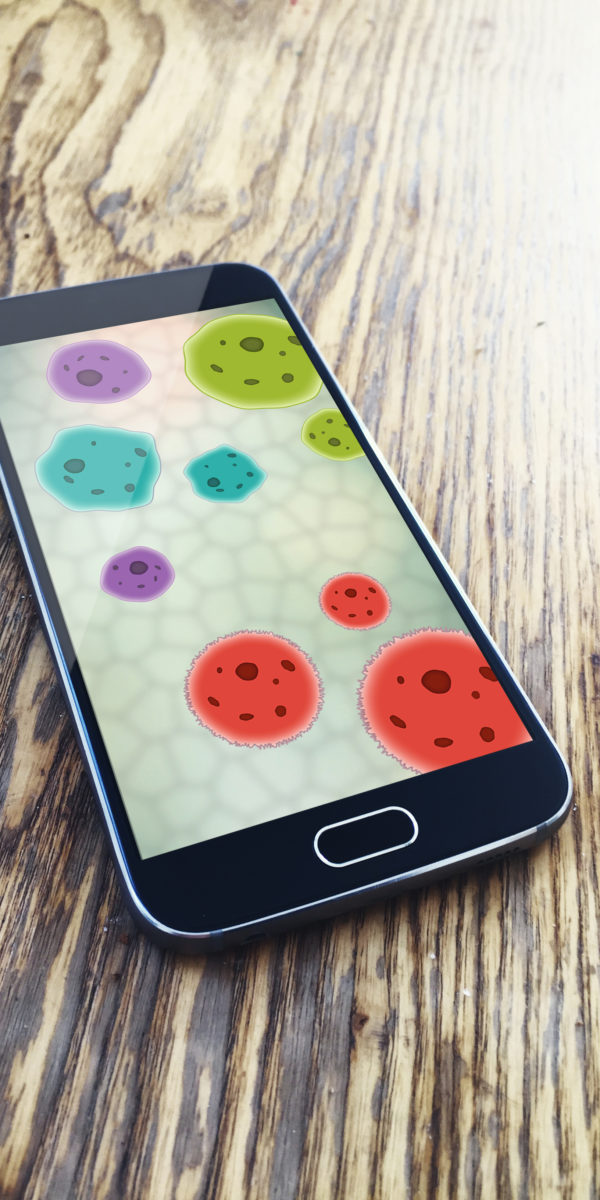 A game about diversity, exclusion, and support

Bullying Cells is a project we created in cooperation with the Gamification Lab of Leuphana University Lüneburg. We were aiming for something more than just an entertaining casual game and also wanted to examine social topics and structures. Bullying Cells transfers the problem of bullying from humans to microscopically small cells.

The objective of the game is to protect the small cells from the physically superior, aggressive “bullies” for as long as possible. For this purpose, cells of the same color are combined into groups that can then assert themselves together against the common attackers and even “convert” them. In this way, the enemy cells can become friendly themselves, which in turn join forces with others to confront the remaining attackers.

However, if the player fails to group the cells in time (or if there are too few cells of a certain color), the aggressors slowly gain the upper hand and displace all other cells from view. At the same time, the “Level of Hate” increases, which means game over when the meter is full.

Bullying cells cannot be won. You can only delay the time until the enemy cells gain the upper hand. Playfully it illustrates how complicated and strenuous the fight against social injustice and problems such as bullying is, and hopefully, it can also encourage people to take a closer look at the issue and look for other solutions.