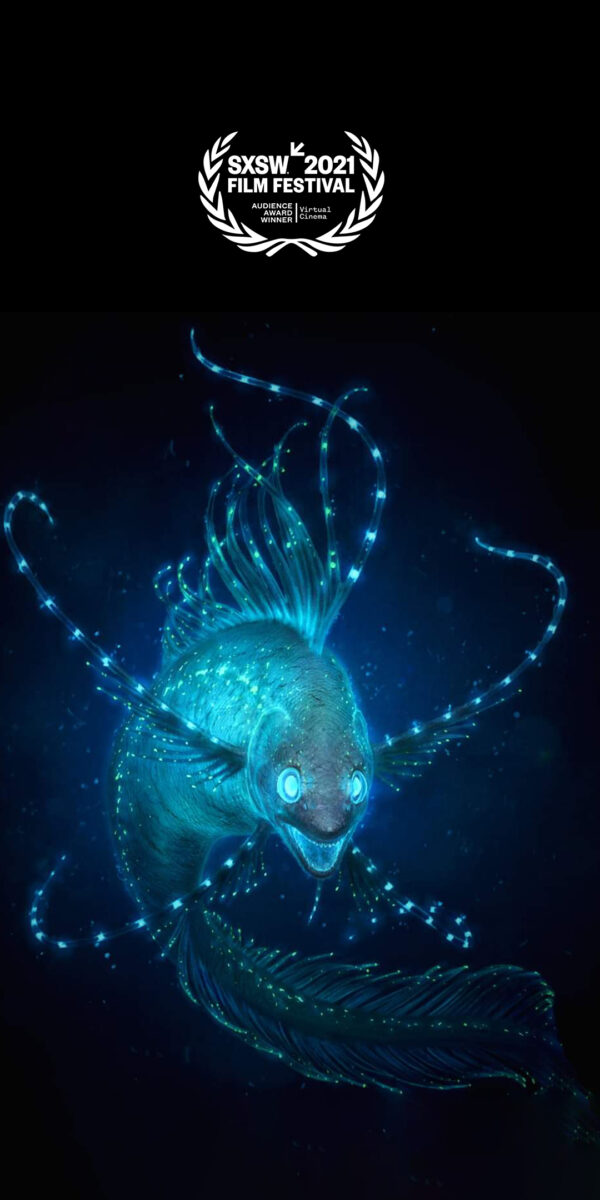 This international production from studios IKO, Reynard Films and prefrontal cortex, featuring the voices of Charlotte Rampling (Dune) and Dominique Tipper (The Expanse), is an interactive Science-Fiction that immerses us in a mysterious underwater world – on a dive that takes a shocking turn.

Biolum will be officially available on Steam from November 2021.

Biolum puts us in the role of Rachael, an experienced diver who explores the abysses of the sea and is accompanied by the expedition leader Eva, a renowned marine scientist and mentor. Rachael discovers that luminescent parasites are infesting marine life. She becomes infected herself and faces a hypnotic battle for her sanity when she discovers that Eva has deliberately sent her into the abyss. Inspired by the beauty of the deep sea, Biolum blurs the lines between biological truth and Science-Fiction, tackling existential themes and the cosmic wonder of the great unknown.

As German co-producer, prefrontal cortex was mainly responsible for the development of the VR application in Unity3D and as integration hub for the broad international team. With many years of experience in the implementation of real-time applications, we set up the pipeline for data creation, integration and collaboration. Many internal tools were developed during the production, such as a complete dialogue system that generates the text from the screenplay as an audio track in Unity3D, enabling early iterations of spoken text and gameplay.
The locomotion system and interactions in VR were developed in many prototypes and evaluated together as a team to make the cinematic narrative and gameplay elements as accessible as possible to a broad user base.
A complex lighting system was designed to represent the name-giving bioluminescence using procedural shaders and optimized real-time lights.
There are many more fields of work to mention: the design of modular environments, procedural animations for plants and creatures, physical simulations, VFX and particle systems, lightmapping, etc. – all of them together characterize the great strength of prefrontal cortex to be able to cover all areas in the development of interactive media in an interdisciplinary way.

Funding by the European Regional Development Fund (ERDF)
As an international co-production, an immersive, cinematic VR experience was created in collaboration with IKO (FR), Reynard Films (DE), Abel Kohen (FR), Jon Rowe (UK) and Albyon (FR). Compared to the Bioluminescence – Prototype, Biolum was thereby primarily expanded by new stories, content and interaction elements and is to be released after completion for all current high-end VR systems, but also as a mobile version. The 2018 prototype co-produced by prefrontal cortex can also be found on our website at:
https://prefrontalcortex.de/en/projects/bioluminescence/
The development of Biolum is funded by the European Regional Development Fund (ERDF) as part of the Digital Creativity funding program of the state of Saxony-Anhalt from August 5, 2019 to March 31, 2021.