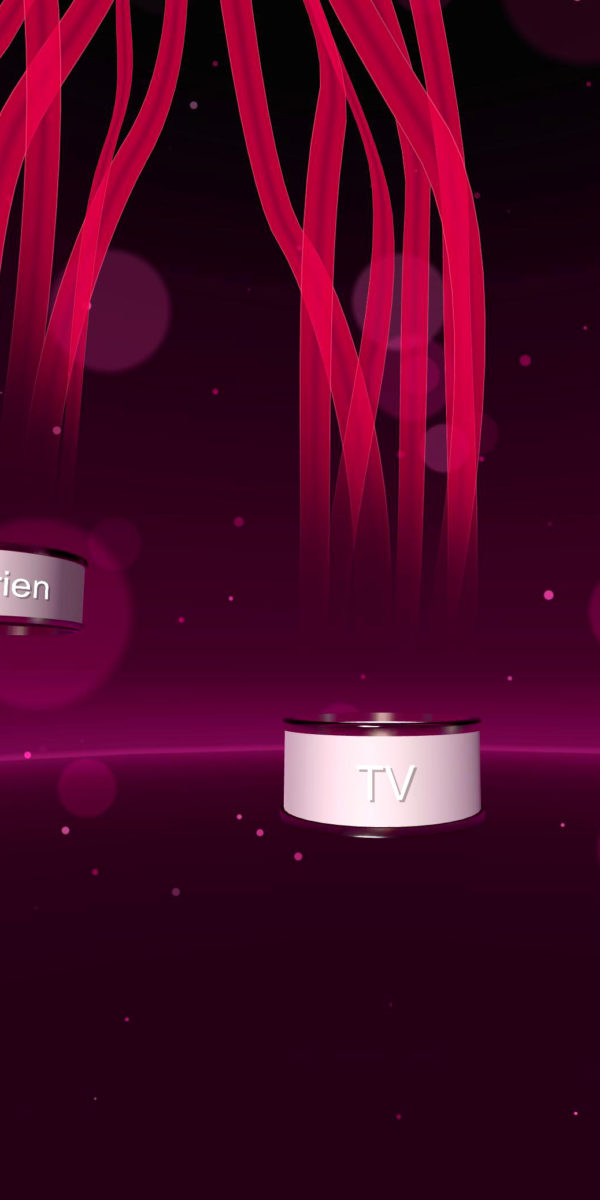 Movies and TV shows take on a new dimension in these virtual realities.

The Telekom VR Demonstrator is a prototype designed to allow the consumption of traditional and new media in virtual reality. To accommodate the different types of media, various rooms were created dedicated to television, music, sports, games, and others. The development was done using the, at that time very successful, Samsung Gear VR headset.

The demonstrator is utilized for user testings in order to research the possibilities of media consumption in complex virtual environments. Advantages and disadvantages of the technology can be demonstrated, experienced and documented after an extensive series of tests.

The content displayed (like movies in 2D, 3D stereo, 360°, 360° stereo) can be easily exchanged or extended via CMS (content management system) and can be organized in the media spaces by so-called “Stripes”. These stripes represent the user’s personal favorites and thus shape his individual media space.